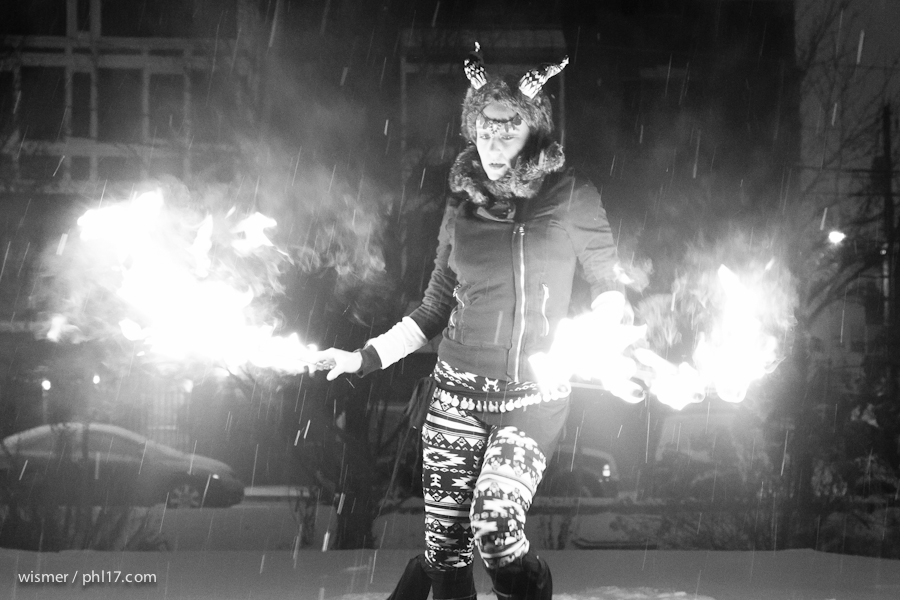 First it was snowing, then is was sleeting, then it started hailing and finally the weather morphed into rain. None of these elements were able to stop the Krampuslauf Philadelphia march or fire dancer show in Northern Liberties on December 14th.  Krampus is a legendary creature from the Alps who is said to punish children who misbehave during the Yule season. Philadelphia’s annual Krampuslauf is described as a family-friendly festival of winter terror.