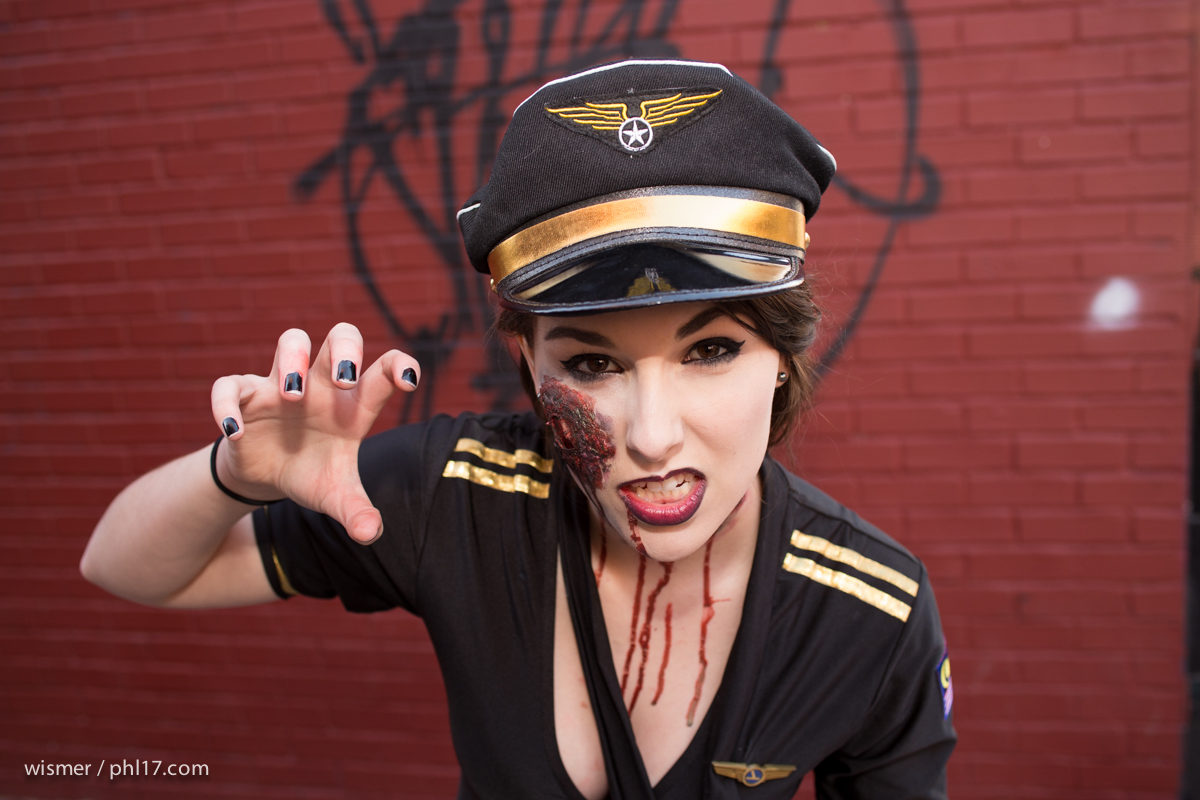 Easter Sunday was the 10th anniversary of the Philly Zombie Crawl on South Street Philadelphia. This year the crawl was officially promoted to a parade; therefore the undead were allowed to march down the middle of South Street to hundreds of spectators on the sidewalks. Prizes were awarded to the best zombies at the parade’s end in front of The Legendary Dobbs.  From there the hoard dispersed to various bars and establishments where the real party began.